It’s been an interesting week so far and it’s only Wednesday!

Those of you who visit here regularly and follow along on face-lurk may have noticed that there are several post missing from the site.

It seems we may have been hacked (either that …or an update went wrong …or  I pushed the wrong button somewhere along the line…which is entirely possible) and Kitchen Scraps went down. I thought for a moment (well, a whole day) that I’d lost her forever. But a clever IT person showed me how to restore a website from old data, and we’re back online… minus a few recent posts. I’ll try and get those rewritten from my notes and re-posted.

It’s taught me a valuable lesson – BACK UP & PROTECT YOUR DATA!

It’s one we all know and should take heed of but in this techno-gizmo world, seem to ignore or just plain forget about. It was (only) a blog that I almost lost forever, but imagine if it was something really important or of huge sentimental value, like your entire collection of family photos, your next best selling novel or all your financials…

Sadly, one of the posts that went bye-bye birdy was the one I wrote about putting my family on War Rations. If you left a comment or saved the link, I’m sorry to say it’s gone now… but a big thank you. There were so many thoughtful and helpful suggestions, it really is a shame they’ve evaporated into the cyber-ether.

The gist of it was that a lot of my favourite (as in the ones I face-lurk and insta-stalk) food gurus and bloggers believe (like me) that we shouldn’t be wasting food. They also believe that it shouldn’t be as ridiculously difficult or expensive to feed our families healthy nutritious meals.

One of my favourite blogs is written by Carolyn Eakins who recreates authentic World War 2 meals. It’s called the 1940s Experiment (my all time favourite modern era) and uses the principals of English wartime rationing to help control her weight and keep herself healthy. She’s not the only one calling for a return to the culinary habits of our immediate ancestors either Sarah Wilson, Jamie Oliver and Hugh Fearnley- Whittingstall are just three others that come to mind.

The short of it is WW2 rationing saw people eating less sugar, less meat, less fat and more veg. They had to use everything because there was only so much available.This went for everything, not just food. In short, people were healthier,were far more frugal and wasted very, very little.

It sounds almost exactly what we’re trying to do here, right?!

While we’re not at war (although I’m guessing there’s a few world leaders who’d like us to be) and there’s no shortages of food here, I’ve really been embracing the principals of rationing this past few weeks. More veg, less meat and making sure we stick to a meal plan, shop only when really needed and (except for staples like rice, flour and dried beans,peas and lentils etc) using things up completely before running out to buy more.

As a result, I’ve come up with a few new “BOB” recipes (BOB stands for – BACK OF BOAT – those quick, simple, inexpensive  yet  totally delicious meals that can be eaten with one hand or out of a high sided bowl with just a fork or spoon while sitting on deck and lazily drifting on the ocean).

This is my take on the old braised cabbage that your mum or grandma might have made. Cabbage was big in England in WW2 because it could be grown at home. The Ministry of Food even issued instructions to housewives on how to cook cabbage in the most economical way. It was pretty much a staple here in Australia too because its cheap, nutritious and like other veg, wasn’t rationed.

Don’t worry, this isn’t a recipe for boiled cabbage. In fact there’s no boiling water required. Except for some chopping of ingredients, this literally takes minutes to make. It’s economical too. This makes enough to feed 6 of us as a main meal (or 4 with leftovers). It uses very little meat and only a little oil or butter. You can add additional veg or change out the bacon or chorizo for chicken, pork or you can leave it out altogether.

1 head of cabbage. shredded to the thickness of fettuccine or spaghetti noodles.

2 tablespoons of olive oil or butter (I like to use a tablespoon of each).

A sprinkle of chilli flakes or one finely diced chilli.

Any other veg you’d like to add finely shredded with a grater (zucchini is great, so is carrot or capsicum)

Salt and pepper to taste.

A large pan (I make this in the 20 Litre stainless steel pot I use to make stock, soup and stew. It has a tight fitting lid and if there’s leftovers, it fits straight onto the bottom shelf of our fridge).

Heat the oil/butter in the pan and add the bacon, chorizo, chilli and onion.

Saute a few moments until the onion is a little soft and starts to go translucent.

Add the cabbage and stir over a low heat until well combined and cabbage has softened but still has a little crunch.

Season to taste with salt and pepper.

To serve just put a generous serving in a bowl. 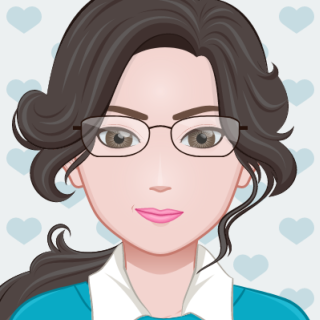